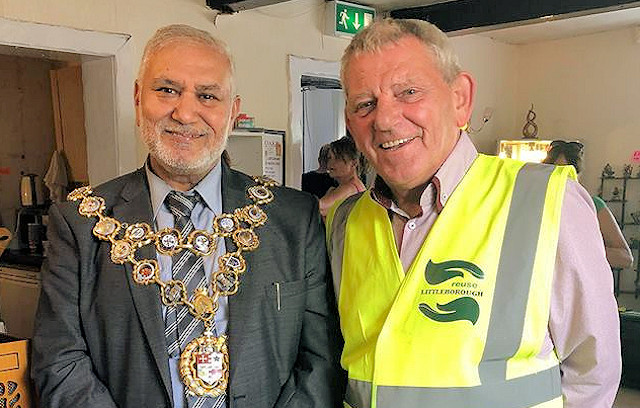 The Mayor of Rochdale, Mohammed Zaman, and councillor Ann Stott officially reopened the group’s new home in the former Royal Oak Hotel, cut a cake and wished the community group well for the future.

Reuse Littleborough aims to reuse many unwanted items and save them from the bin, giving them new leases of life by passing them on to families in need. It will now be open six days a week, Monday through Saturday from 9am to 4pm.

The Mayor, very knowledgeable about the group’s vision and their campaign to support the children at the Forever Angels Baby Home in Tanzania, gave a speech about reusing, saying it should be a template for other towns to do the same to cut waste and help people in need with the things that would otherwise go to waste…”